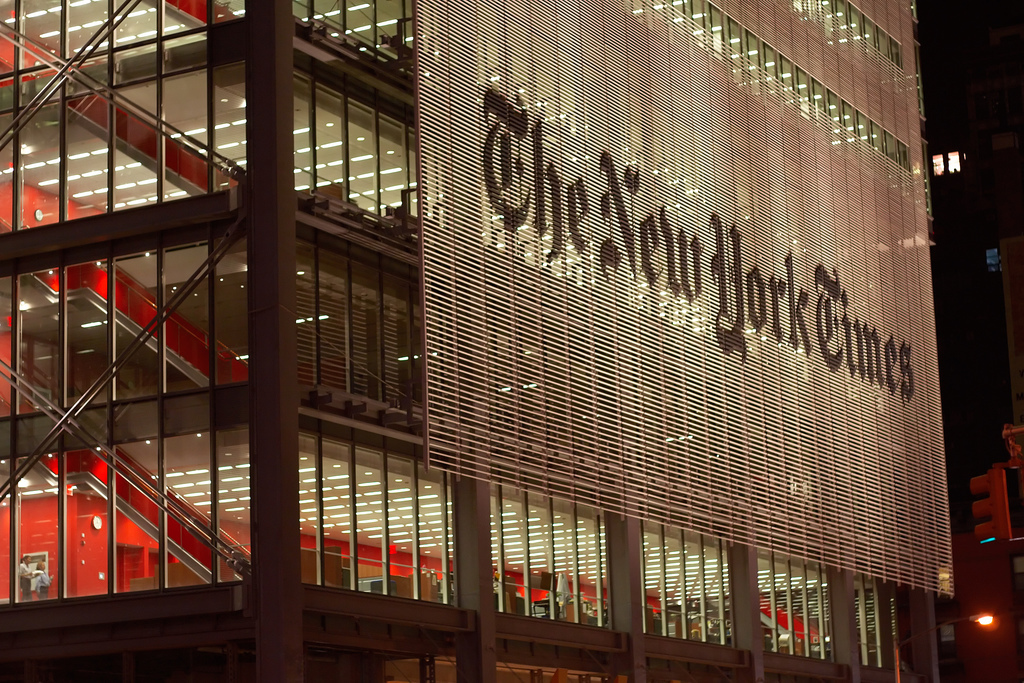 A year ago, I sat in a glass-walled conference room at The New York Times in a routine meeting. I listened as a business-schooled product manager spoke about yet another monetization strategy when he broke character and whispered, “now is the time to lower the gates”. He was referring to The Times’s crackdown on website users who read articles for free by googling headlines, installing NYT Clean, and clearing their cookies. Now, that defensive mindset is creeping into The Times’s mobile products.

Late last month, The New York Times quietly slashed the number of free articles in its mobile applications from 3 per day to 10 per month. It’s not hard math, each reader can access 80 fewer articles this month than they could have last month, a decrease of 89%.

While great free apps like Circa, Yahoo News Digest.1, and now Paper from Facebook, fight to take over mobile news, The Times scrambles to persuade mobile users to pay top dollar for its coverage by limiting what they get for free.

Since the NYTimes iOS application was released in 2008, the number of articles that users can read for free has changed multiple times. The app has gone from everything being free, to the dozen rotating “Top News” stories, to three articles daily, to only ten per month. The last change occurred just months after the previous. If it had to be adjusted this quickly and drastically, the meter strategy on mobile just isn’t working.

Since The Times’s mobile products are partially supported by advertising, it’s counterintuitive to drive down the number of ad impressions by cutting off enthusiastic users just as they’re getting excited about the content. Ten articles per month just aren’t enough to justify keeping the apps installed; it’s almost insulting. The proof is in the plummeting App Store ratings as well as in the company’s usage statistics, which I suspect show readers returning less frequently since the change.

From the outside, it looks as if the company is desperate to drive up subscription numbers on its confusing digital subscription packages, which are still more expensive than having the newspaper dropped on your doorstep every weekend. But I think there may be something deeper going on.

The Times plans to roll out even more digital packages this year, and people I’ve spoken to at the company are starting to worry that few will want them. Why not make its current offerings less appealing in the short term, so that they can save the day with their newer, better apps in a few months? If this is what NYT is doing, it’s downright irresponsible and counter to The Times’s commitment to integrity. There’s no integrity in misleading readers.

I asked Times spokesperson Linda Zebian about the changes and she defended the move, writing, “We continue to believe that our strategy of balancing free and accessible content with revenue from paid usages is the right one.” When asked whether the company was attempting to make the mobile applications behave identically to the website she added, “The intention is to align the meter experience on mobile apps with the website and our mobile website…”. I got no real answers to the questions of whether this change is expected to decrease advertising revenue or intended to bolster the planned new digital products.

When I raised this issue on Twitter, Jordan Kay asked me what I would do differently if I were in charge of The Times’s digital subscription strategy. If The Times wants to be the place that most Americans read their news, then it must adopt a freemium model that’s much freer than this in order to compete.

But I don’t think that’s what The Times is or should be. It’s a premium news source, and it would be much better to make that clear from the start. Everyone knows how good the journalism is. Charge for it up front with an optional free trial. As it stands, the meter devalues both the product and the brand, and any new products the Times plans to add later this year run the same risk — creating confusion and muddling the message.

The Times’s new mobile strategy forces casual readers to look for other options, and there are many out there. I hope The Grey Lady will realize her mistake and change course quickly, but knowing how things work inside an organization founded over a century ago, I’m not holding my breath. By dropping the pay gates on mobile users, the Times is ensuring its irrelevance in an increasingly mobile world.